A huge new development at Bishop’s Place in Shoreditch has been approved by Hackney’s planning subcommittee, after changes to the original plans.

As well as including 233 Shoreditch High Street, the revisions to the scheme also see an increase in public open space, with 48% of the scheme’s footprint now allocated for public realm.

Martin Jepson, Managing Director, London Group, commented: “Bishops Place is an important catalyst for further investment within Hackney and the unanimous support of members demonstrates their commitment to regeneration in the area. The scheme is a vital part of Hammerson’s ongoing commitment to Shoreditch and we are looking forward to working with the Council in helping to deliver its long-term vision for the borough.” 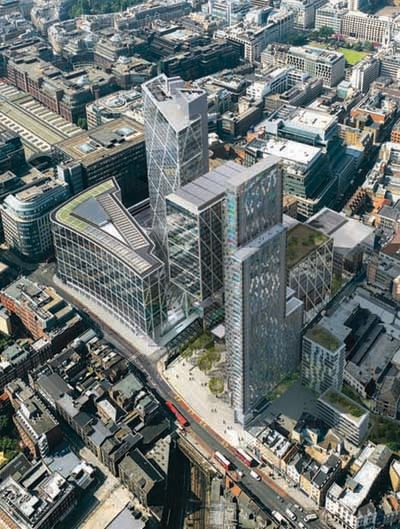 The London Olympics site is dramatcially taking shape and many of the buildings are nearing completion.

The roof of Aquatics Centre (designed by celebrity architect Zaha Hadid) has been successfully lifted and lowered into place. The design of the roof is inspired by the fluid geometry of water in motion