The U.K. economy will remain in recession for the remainder of 2009 and any recovery next year will be “sluggish,” the Swindon, England-based company said today in a statement. Unemployment may continue to rise next year because the labor market will lag behind developments in the rest of the economy.

“I don’t think the fall in house price is over yet and will probably continue for the remainder of 2009 at least,” Finance Director Mark Rennison said on a conference call with reporters.

Findlay Property in the Irish Times

The Irish Times has run a story about Findlay Property in this weeks property supplement.

LONDON INVESTMENTS: EVEN IN a flat market, new transport links are guaranteed to generate interest, so the long-awaited extension of a train line to south Hackney in east central London is already attracting investment.

Prices across the city are down by an average of 10–15 per cent since 2007, and agents say sales have virtually ground to a halt – so it’s a buyer’s market, with particular value for euro zone buyers.

“People in London are extremely conscious of the availability of transport when they buy or rent.” says Simon McDonnell, director of Findlay Property, which specialises in sourcing investment properties for Irish clients. “So when the new East London Line opens here in July 2010, we anticipate an immediate increase in property values of around 10 per cent. We’ve already been buying property within walking distance of where the stops are going to be.”

South Hackney, says McDonnell, was one of the last areas of central London resisting gentrification, but that’s changed, particularly in neighbourhoods like Shoreditch and London Fields.

“It’s within walking distance of The City and there’s easy access to the West End, so the train will put in place the element that’s been missing,” says McDonnell.

Three of the four directors of Findlay Property are Irish: Simon McDonnell, John Walsh and John Paul Van Cauwelaert. The fourth is Scot Alan Findlay. They set up the business in a small East End flat in 2001 and now operate from the more salubrious environs of Broadway Market.

“We’re not an estate agency,” says McDonnell. “We’re a property management company which sources properties on behalf of its clients and then manages it for them afterwards.

“Almost 100 per cent of our clients are Irish. Roughly a third of our properties are ex-local authority, a third are luxury modern apartments and a third are Victorian townhouses. So, if someone says he has €250,000 to spend and is looking for a rental yield of 7 per cent, we’ll source the property for him.”

As to the “Olympic factor”, the well-documented boost to property prices before the games come to town in 2012, McDonnell is not really convinced. “The Olympics are on our doorstep, but I’m cautious about claiming too much for them. For me, the chief benefit will be the long-term one of improved infrastructure.”

Surveyors have reported “tentative signs” of a recovery in the property market, despite small numbers of homes being sold.

They also reported a big rise in interest from potential new buyers. 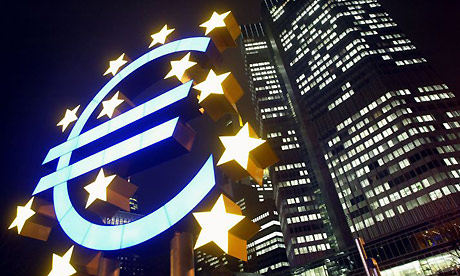 Rents across Ireland have fallen 5 per cent in the first three months of this year, according to report published today.

In its latest survey on the rental market, property website Daft.ie found the national average rent is now €840 per month, a drop of €160 on the same period last year.

The major cities experienced the biggest drops, the report found. In Dublin and Limerick, cities rents were down by up to 6.5 per cent, while in Waterford city and Cork city, rents fell by 5.3 per cent and 5.1 per cent respectively.

Nationwide rents have posted falls for 14 consecutive months and are 17.5 per cent lower than the peak in early 2008.

“The rental market is feeling the brunt of too much supply and not enough demand,” said Ronan Lyons, economist with Daft. “The number of properties available for rent is now over 23,000 – an all time high. This additional supply is having a downward effect on price and is also pushing out the time it is taking to rent properties”.

Luck of the Irish?

British Banks are offering mortgages to first-time buyers in the Irish Republic at half the rate that they are available in the UK.

Obviously the banks are speculating that the Euro will strengthen against the pound in the foreseeable future.