On Sunday 10th January 2010 The Sunday Times ran a feature on how Irish investors are turning to the English capital, where rental property has shown itself to be recession proof. Below is the full text from the article by Siobhan Maguire.

“THERE WILL BE STEADY, FLAT GROWTH IN LONDON. PROPERTIES WILL HOLD THEIR VALUE” 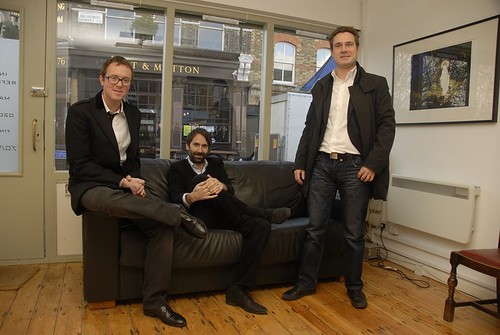 In the run-up to a two-day auction of distressed properties in some of London’s more desirable locations in December, Donal Riordan, a Dublin businessman living on the Isle of Man, had his eye on a particular lot. In Shoreditch, in London E1, close to Liverpool Street, was a freehold building (formerly a school) with planning permission to convert its shell into four apartments.

Riordan, who already owns 11 properties in London, could see No 6 Wheler Street’s potential and, with a guide price of £300,000 to £325,000 (€334,000 to €362,000), it was a bargain. “You could be reasonably confident that you would make a return on a property like this in London,” he says. “I planned to convert it into Japanese style luxury apartments, with minimalist features, a design that would be well suited to such a cosmopolitan area.”

At the auction, Wheler Street sold for £760,000. Riordan, who was relying on finance from an Irish lender who could not approve the loan in time, missed out on owning another property in London. Riordan says, “I chose to buy in London because properties there retain their value, unlike in Ireland. I would get rid of my Irish properties if I could — every single one of them has been discounted.”

The foreign buyer is again fuelling London’s property market. The auction — which had a sales total of more than £50m and a success rate of 80% — was dominated by cash buyers who displayed “an increasing sense of prudence”, the organisers said.

What is interesting is the level of interest from Irish buyers, who, like Riordan, are keen to expand existing portfolios before prices increase further.

The Irish owned but Broadway Market based Findlay Property (127.0.0.1/oldfind), which specialises in finding and managing investment properties for Irish clients, says
there has been an increase in inquiries from clients about re-entering and reinvesting in London’s market this year.

“The inquiries, while cautious, express an interest in buying in London again,” says Simon McDonnell, 36, one of three Dublin directors of Findlay Property. “These are people who are already non-resident landlords in London and have seen that, even in the downturn, we have had no problems in renting out their properties or had to deal with drops in rental income, unlike investment properties in Ireland.”

The surge in the number of eurozone cash buyers, keen to take advantage of the weak pound, is forcing prices to rise in some parts of the city. In the Land Registry’s latest figures, published in December, prices in London were 3.5% higher than in November 2008. Prices rose by 2% over the month, bringing the average cost of a property to £324,231.

Findlay Property — also run by John Walsh and Jean-Paul Van Cauwelaert — manages 120 properties in central London and Irish clients range from the multi-unit-owning Riordan to a Co
Meath schoolteacher who has one investment property. McDonnell says the pull for clients to buy again is the rental market, which has so far managed to avoid the yield drops experienced in other parts of Europe. Most of its properties are in east central London, where there is strong capital growth, good infrastructure and new transport links.

Residential rents in London performed well in the latter months of 2009. The Residential Landlords Association, which represents more than 6,000 landlords in England and Wales, reports that rents increased by 0.7% in December, bringing the average monthly rent in London to £1,651.

A survey by the Royal Institution of Chartered Surveyors (RICS), published last month, predicts rents will rise this year because the number of rental properties coming on to the market has fallen.

Demand is strongest in London. “There will be steady, flat growth in London and properties will hold their value,” says Riordan. “I’ve had no reduction in rental income in the past four
years, and no periods when the properties were empty.”

Findlay Property plans to expand its service to buyers from south-east Asia. An intriguing aspect of the financial crisis has been the speed at which Asia has rebounded, McDonnell says , with banks still lending to homebuyers and investors.

In central London, he adds, 50% of buyers are European or south-east Asian. The rules for every landlord renting a property, he says, are: “Invest close to new infrastructure if you can, don’t get seduced by gross yields, don’t look for the fast buck, look after your tenants and take a 10-year view.”