All three bedrooms are good-sized doubles with two bathrooms, a separate kitchen with dining area. The spectacular living room benefits from a huge, south-facing bay window allowing sunlight to flood the room. There are high ceilings and original features throughout.

Earl’s Court Station is very close by, just a couple of minutes walk. West Brompton Station is also nearby. There are plenty of nearby bus routes. Resident’s parking permits apply for the street.

Offered part-furnished and available from the 15th of October 2022.

Earls Court Station is 2 minutes walk from the apartment. Located in Zone 1 with two lines, the Piccadilly line and the District line offering easy access to the West End and Heathrow. West Brompton Station is also nearby which offers underground and British Rail overland services. There's plenty of nearby bus routes too. Resident's parking permits apply for the street. 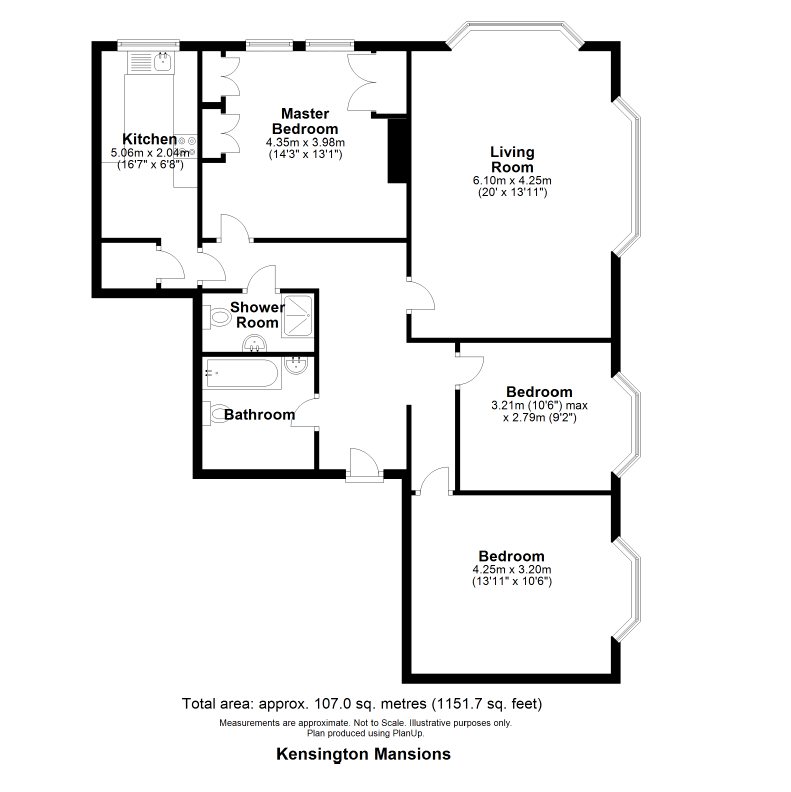